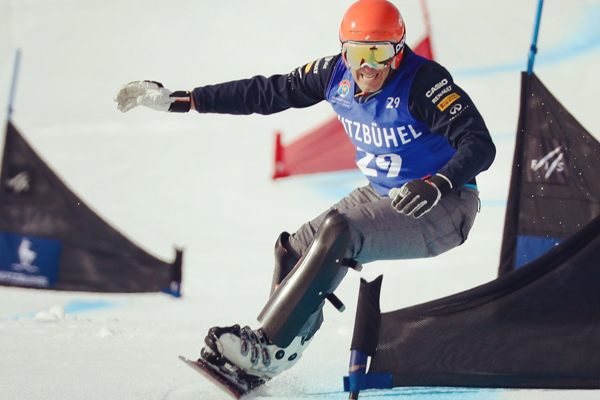 Over 400 skiers, snowboarders and snow-seekers from across the world will be descending on Big White in early March for the mountain’s largest amateur race event in history. From March 1 to 6, Big White is playing host to the International Airline Ski Federation’s 61st Annual World Airline Ski Championships.

“It’s an exciting time up at Big White Ski Resort!” says Michael J. Ballingall, senior vice president at Big White Ski Resort Ltd. “Not only do we have amazing snow conditions that just keep getting better and better, we’re also hosting the largest group of ski and snowboard racers the resort has ever seen! We're pulling out all the stops to show these international guests the absolute best in Canadian hospitality.”

This is the first time since 1977 that this prestigious event has been held at a Canadian resort, with previous competitions in Whistler and Banff. Big White was chosen for its world-class snow conditions, true Canadian mountain feel, the Village ambience, slope-side accommodation and variety of terrain.

“In less than one week, the first athletes will arrive in Kelowna, BC before heading up to beautiful Big White Ski Resort,” says Bjørn Vandug, Vice President of IASF. “IASF would like to thank Big White and its staff for introducing Snowboard Cross (SBX) to our championship. With record-breaking snow, we are all looking forward to an epic event. Let the countdown begin.”

There will be a variety of competitions held throughout the week, including Giant Slalom, Dual Slalom, Nordic and, new to the WASC schedule, Snowboard Cross. Spectators are welcome to come take in the events.

The championships will kick off with an Opening Ceremonies parade on Sunday, March 1. The different airline teams and Big White’s very own Snow Hosts, will march through the Village, with Olympic Gold Medalist and Big White Athlete, Kelsey Serwa, acting as Grand Marshall. Opening Ceremony parties will be occurring throughout the resort during and after the parade.

The teams will have individual dinners on Monday and Tuesday night, and on Wednesday night, will don costumes for a “Ski Hill-Billy” theme party in Happy Valley. The week will be capped off with a formal awards banquet in Happy Valley where the winning teams will be crowned and the venue for WASC 2022 will be announced. The 2021 WASC will be held in Tromsø, Norway, March 14 to 19, 2021.

“It’s been a huge challenge managing the logistics for essentially three back-to-back days of Alpine competition, with the addition of three Nordic events,” says Trevor Hanna, vice president of hospitality at Big White. “Coming off the back of the very successful Snowboard Cross World Cup in January, we’re looking forward to hosting another world-class, international event. Our teams are in the final stretch of all of the planning and are awaiting the opening day of the competition on Monday.”

The Big White Groups Department has been working non-stop for the past six weeks to ensure all of the over 400 participants are registered, paid and placed in accommodation during the events, and the Events Team is busy packing up over 400 welcome bags.

The Big White community has rallied to ensure this event’s success, with a group of Snow Hosts volunteering as course workers during the Alpine events, and the Big White Ski Club has taken on the responsibility of race administration.

The Outdoor Events team will be working steadily to install fences, signage and more over the coming weeks, as the WASC is just one of many upcoming events at Big White. On Saturday, February 29, Big White will host its 7th Annual TELUS Kelowna Cup in TELUS Park, and on Saturday and Sunday, the Big White Ski Club is hosting a U12 Alpine Race on Paradise Run. Much of the infrastructure from these events will remain for the WASC events.

The following weekend, March 6 and 7, Big White will be the first stop of the Monster Energy Boarderstyle Tour 2020.

Please note: The Happy Valley Day Lodge will be closed to the public on Wednesday night and Thursday night for the IASF events.